On Tuesday 3rd May 2022, during the celebrations for the National Day of Poland, Patrick O’Sullivan, Honorary Consul for Poland in Limerick, was decorated with the Commander’s Cross of the Order of Merit of the Republic of Poland, by the Polish Ambassador Ms. Anna Sochańska and Minister Arkady Rzegocki, Head of the Foreign Service of the Polish Ministry of Foreign Affairs, on behalf of the President of the Republic of Poland Andrzej Duda, for his many years of service to the Polish community in Ireland.  The celebrations took place in the Ambassador of Poland’s Residence, Dublin.

During the ceremony, three national anthems were played: Poland, Ireland, and Ukraine. The celebration was graced by the performance of the Ukrainian pianist Andriy Blyznyuk.

The guests of the Dublin celebrations included Patrick’s family and friends, Polish Embassy staff including Mr Grzegorz Sala, Head of the Consular Section, Irish Senators, the Ukranian Ambassador to Dublin Ms. Gerasko Larysa, the Lord Mayor of Dublin, Mrs. Alison Gilliland, the Defence Attaché, Military, Naval and Air Attaché Colonel. Mieczysław Malec, who presented the Medals of the Polish Army to Irish soldiers, awarded to them by the Minister of Defence of the Republic of Poland, Mr. M. Błaszczak, for special merits in the field of cooperation within multinational units, which include units of the Polish Army. 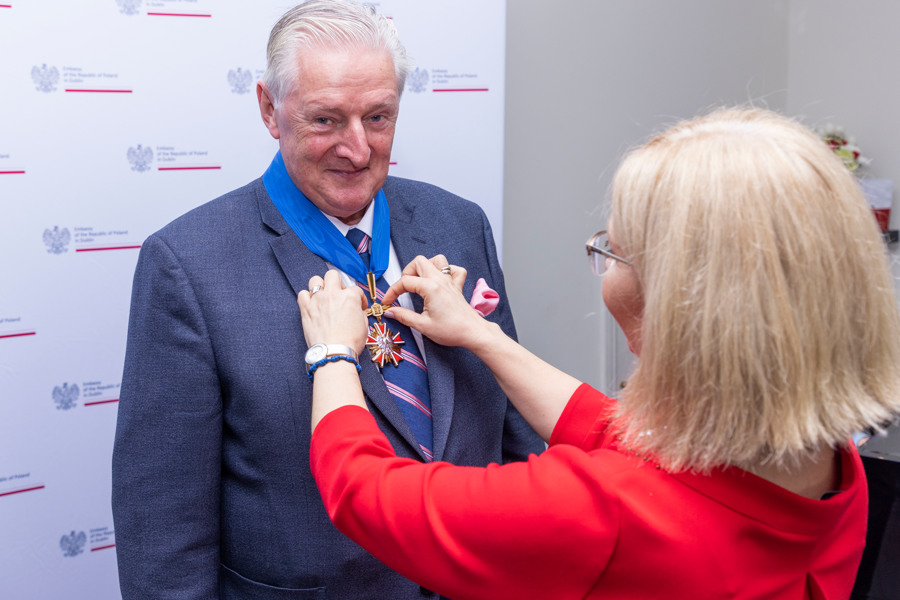 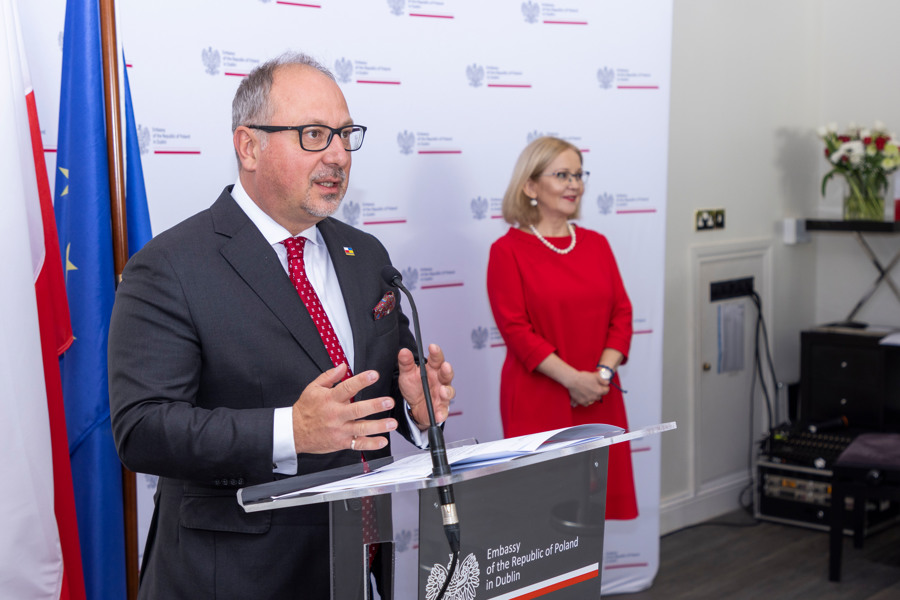 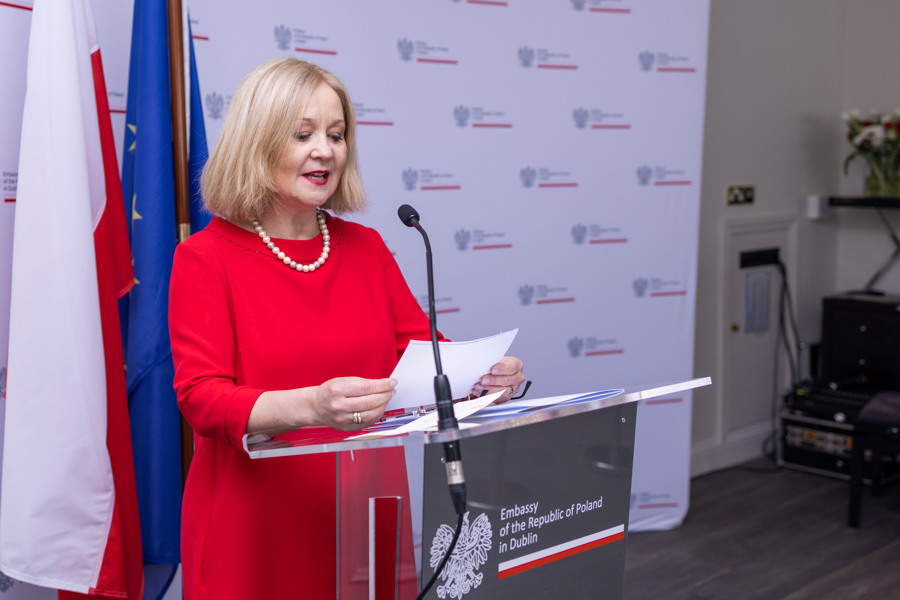 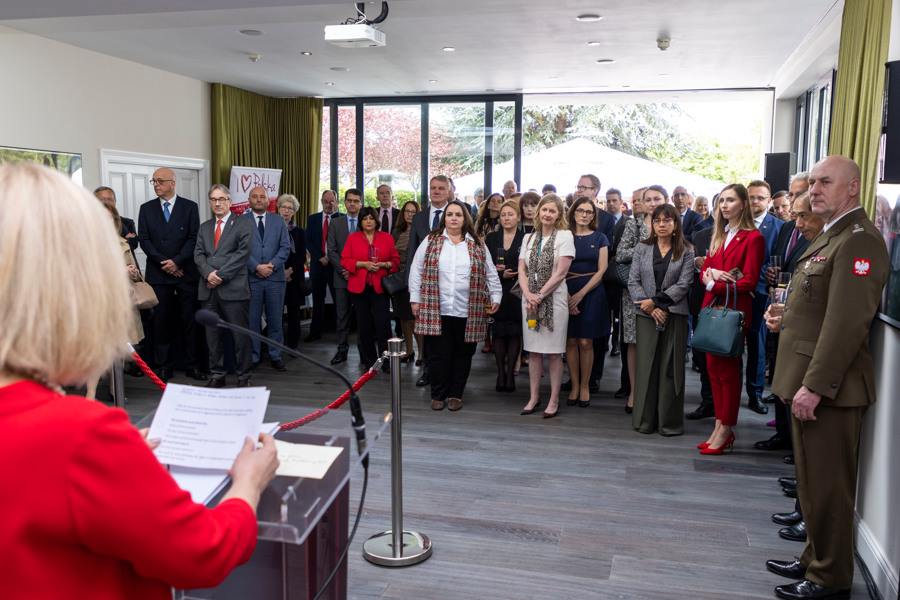 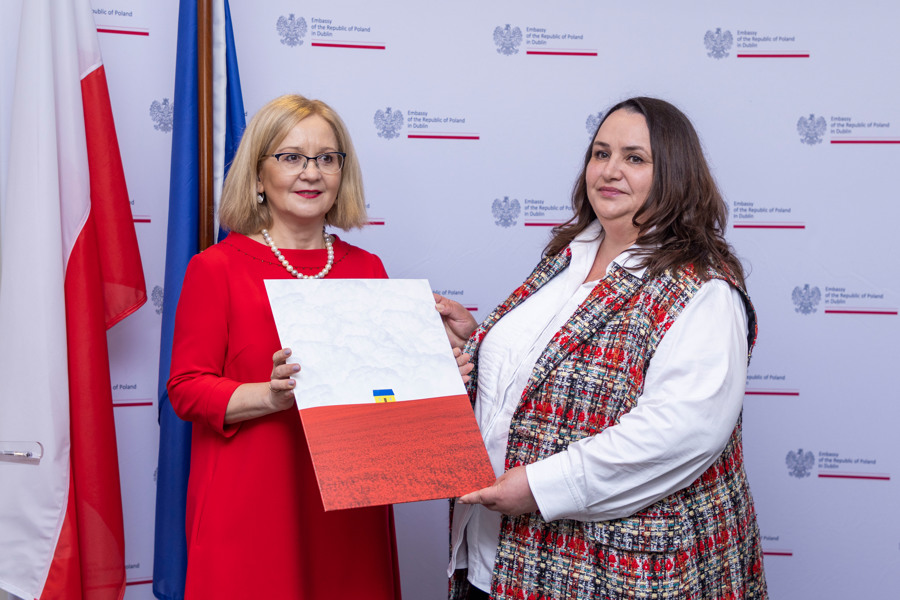 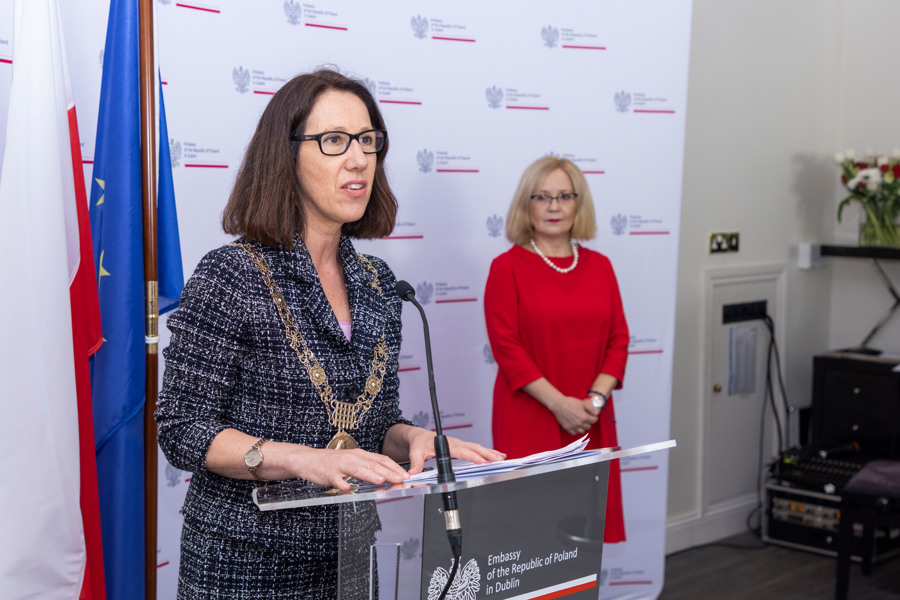 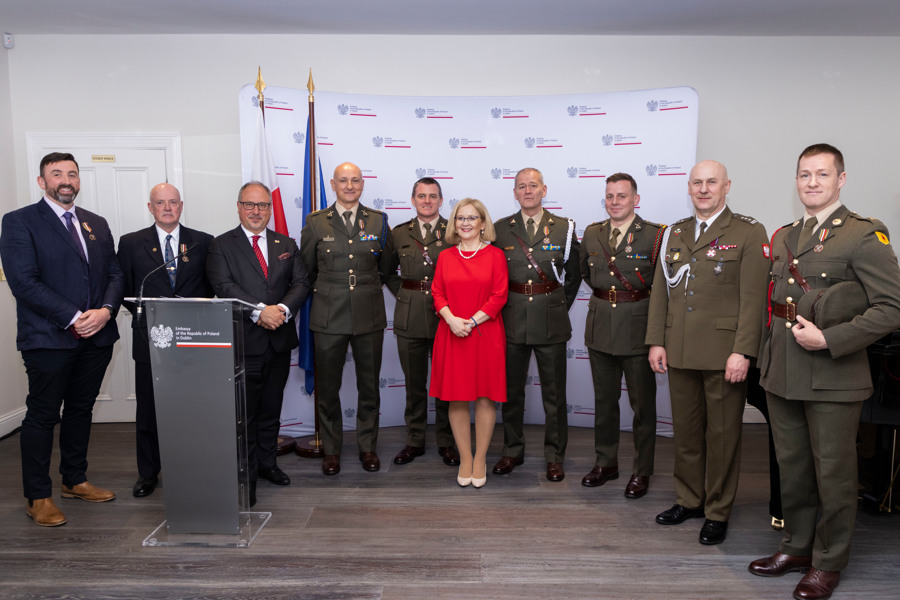 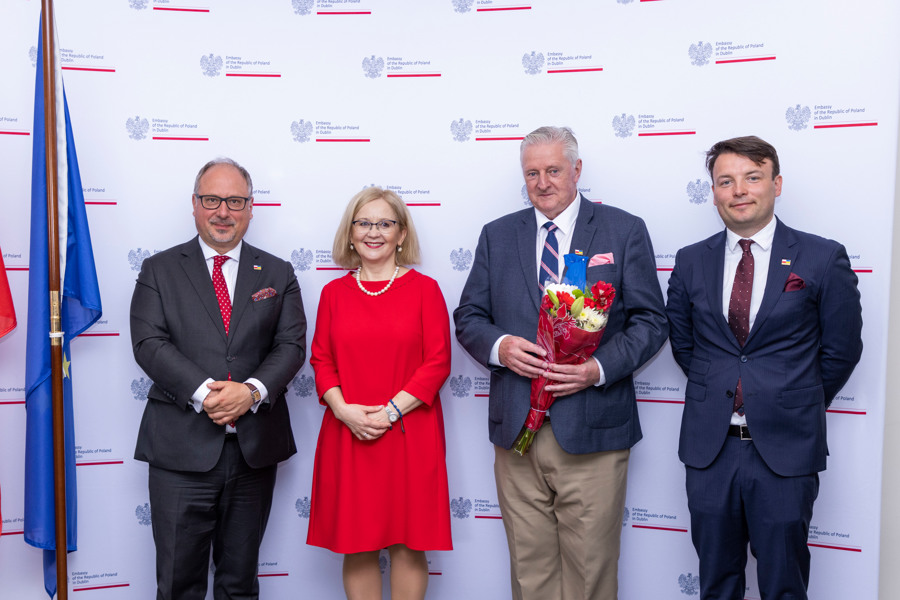 The PolskaÉire Festival was established as a nationwide Festival to coincide with the UEFA Republic of Ireland vs. Poland qualifier in March 2015. We were very modest and hoped for 10, maximum 20 events, that could be organized around the match. And the response was overwhelming: there were more than 100 events all around Ireland, from sport to literature, from family events to music and many more!

Therefore we decided to continue this initiative and this year we bring you the second edition of the Festival. Again, there will be plenty events where the Irish and Poles can celebrate together their friendship, learn from one another and most importantly: share “Dobry Craic”. Join us and celebrate this Festival with us! The craic will be dobry!