Hundreds of people attended a vigil in solidarity with the people of Ukraine  at City Hall in Limerick on 1st March 2022 at 7pm.

The event saw people arrive with Ukrainian flags and posters saying ‚We stand with Ukraine’, ‚Stop War’ and ‚No war in Ukraine’, and supporters donned the country’s national colours: blue and yellow.

Labour Cllr Elena Secas, from Moldova (which borders Ukraine) gave an opening speech saying: „We are gathered here united with the people of Ukraine at home and abroad, and with the Ukrainian community in Limerick, to show our opposition and revulsion to the illegal, unjust, brutal, invasion of the country by Russian President Vladimir Putin.” 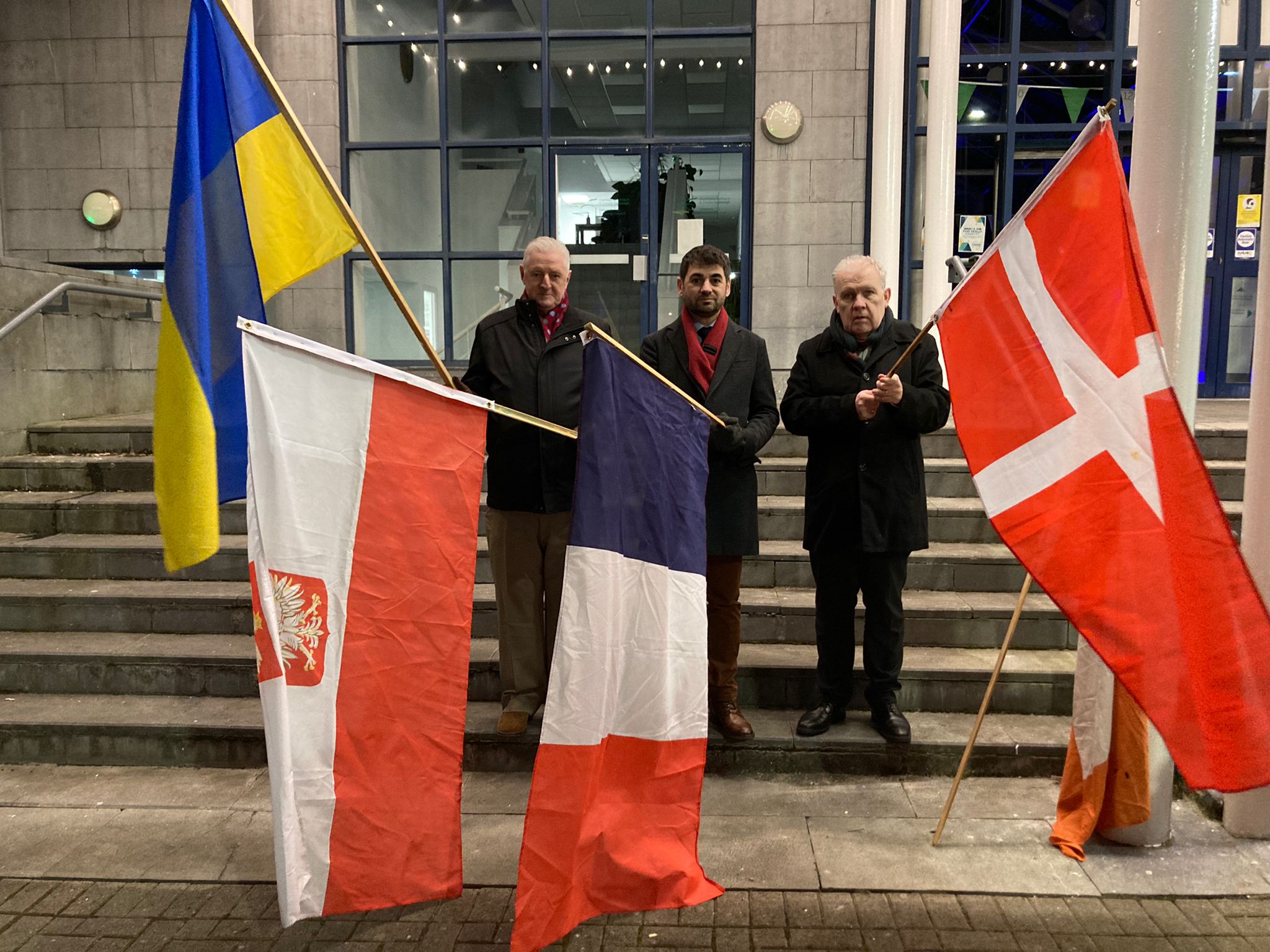 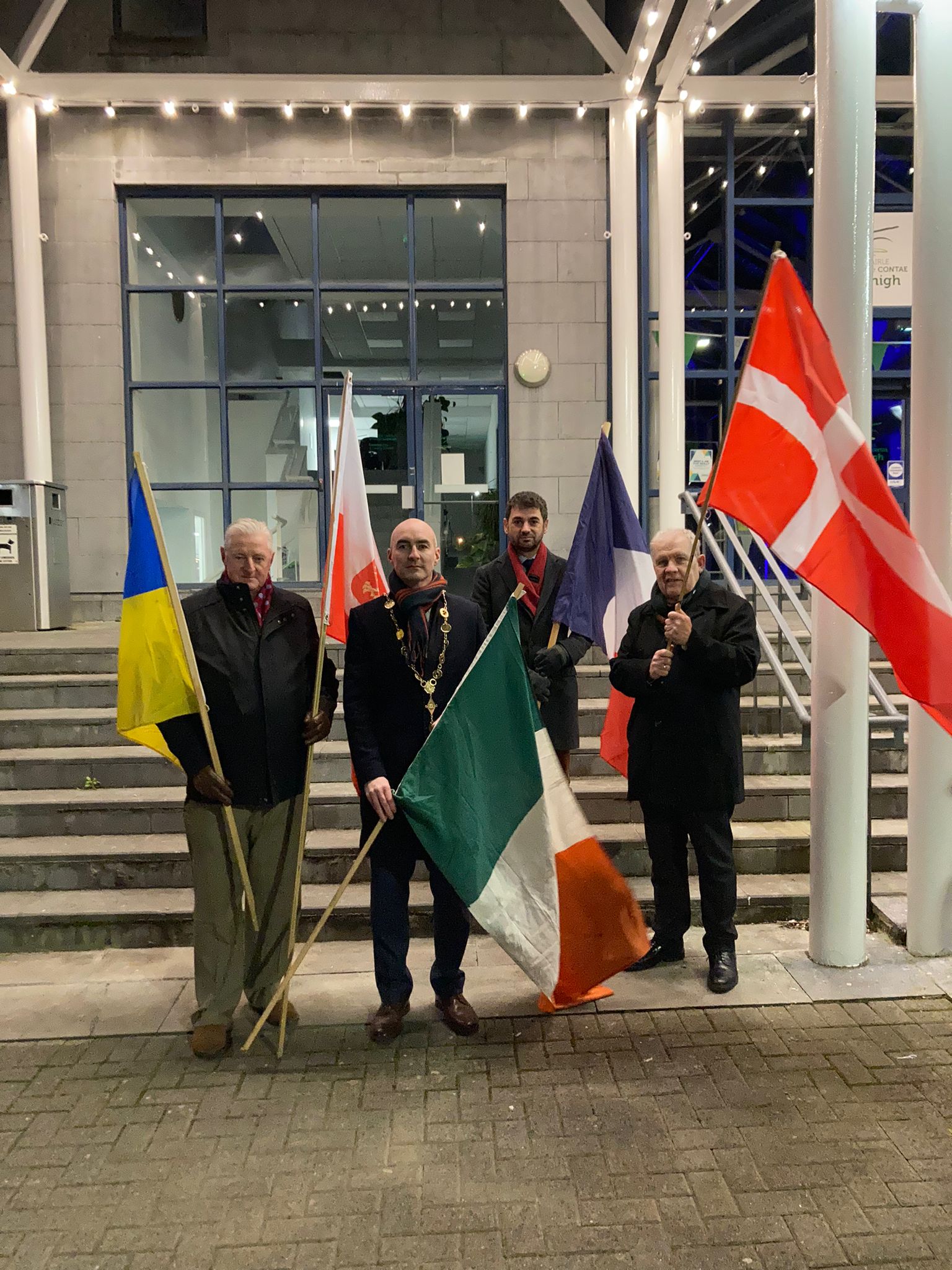